The EVSC Foundation enjoys sharing board member biographies. It allows supporters to learn more about the Foundation’s board of directors and their accomplishments. Featured below are our three newest members: Bob, Jennye, and David. They’ve joined the Foundation team to enhance educational opportunities and increase financial support for the Evansville Vanderburgh School Corporation. 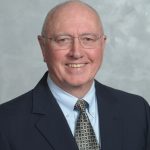 Bob Suhrheinrich graduated from Indiana State University with a Bachelor of Science, Master of Science, Administrative Certification, and studies in Educational Leadership and Administration. He was active in the EVSC for many years, working at Central High School, Ivy Tech, Evans Middle School (principal from 1995-2004), and SICTC (principal from 2006-2011). Bob was president of the Evansville Retired Teachers Assoc. Board from 2013-14, and has been a member of ERTA since 2011. Bob is currently chairman of the ETFCU Board, where he has been a member since 2001. 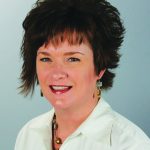 Jennye Scott ​is the Vice President of Creative Services at Berry Plastics Corporation and has been with Berry for 27+ years. She is married to Trent and has 10 year old twins, Ella and Ryan. She is on the Arts Council of Southwest Indiana Board where she leads the Youth Arts Committee. ​Jennye is also very supportive of SICTC’s printing program. She received her Associate in Applied Science degree from Ivy Tech in Commercial Art, and then in 2002 received her BA in Organization Management from Oakland City University. 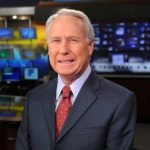 James David Longest (TV air name David James) is an Evansville native who attended EVSC schools: Lodge, Glenwood and Bosse. David was inducted into the Glenwood Hall of Fame for his work. He received his BA in Journalism and MA in Humanities from the University of Evansville. After a 41-year career at WFIE-TV, David retired in 2015. David also worked at the Evansville Courier, Sunday Courier and Press and WGBF radio. David is a current member of the editorial board at WFIE and a volunteer at WNIN-TV. He is also an incoming member of the board at Holly’s House. David is married to Susan, who is a paralegal at Kightlinger and Gray and board chair at Girl Scouts of Southwestern Indiana. Their daughter is a teacher at Harrison High School.