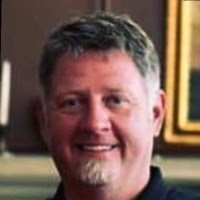 EVSC Foundation is excited to announce that Craig Shoobridge, with more than 22 years of experience as an EVSC teacher and coach, has joined the Foundation team as a part-time student advocate. Throughout his EVSC career, Shoobridge taught mathematics at Lincoln and Washington schools and coached various baseball, football, wrestling, basketball, and golf teams at Central and Bosse. Raised in Southern Indiana, Shoobridge is a proud University of Southern Indiana alumnus where he earned his bachelor’s degree in Education and played baseball for the Eagles during the ’93-’96 seasons. Shoobridge later earned his master’s degree from Indiana Wesleyan University. Shoobridge and his wife, Kelli, have three children enrolled in the Reitz district. “My three favorite basketball players as a kid were Larry Bird, Michael Jordan, and Magic Johnson,” shares Shoobridge. “One of my favorite quotes is from Magic: ‘All kids need is a little help, a little hope, and someone who believes in them.’ Seems simple but is so powerful! As a student advocate for the EVSC Foundation, I am blessed with the opportunity to continue making an impact in the lives of students and athletes in the EVSC.” Along with being a team member of the EVSC Foundation, Shoobridge also works for Crown Packaging Corporation. We look forward to the future of the Foundation with him on our team.