The Evansville Vanderburgh School Corporation has announced the 11 inductees for the EVSC’s Hall of Fame, Class of 2018. The biennially-awarded EVSC Hall of Fame honors distinguished individuals who exemplify outstanding achievement in their life’s work and who have made a positive impact on public education in the greater community. It also emphasizes the importance of service to community and inspires EVSC students to seek excellence in their own education and careers.

The inductees will be honored on March 13, 2019 at the Evening to Remember celebration dinner sponsored by the EVSC Foundation. The program will begin at 5 p.m. at the Tropicana Conference Center. For sponsorship information or other inquiries, call the EVSC Foundation at 812-435-0913.

The 2018 EVSC Hall of Fame honorees are:

Brad Ellsworth is an Evansville native who graduated from Harrison High School in 1976. He is currently the president of Vectren Energy Delivery—South. Prior to his current assignment, Ellsworth served as president of Vectren North and has been with Vectren since 2011. Ellsworth works closely with stakeholders, local elected officials and first responders to implement community relations programs and engage in company and community initiatives. Prior to joining Vectren, Ellsworth served nearly 25 years in law enforcement and was elected twice as Vanderburgh County sheriff. He was then elected to two terms in the U.S. House of Representatives, representing the Eighth District of Indiana. Ellsworth holds a bachelor’s degree from the University of Southern Indiana and a master’s degree from Indiana State University. He is also a graduate of the FBI National Academy.

Steve Fritz is an Evansville native and North High School graduate who became one of the most distinguished educators in the EVSC and influential leaders in the Evansville community. Following his graduation from North High School and the University of Evansville, Fritz devoted his life to helping young people, starting as a teacher and coach at Stringtown Elementary. Fritz then became the athletic director at Central High School. Following that, he led health, physical education and athletics for the EVSC. Fritz concluded his career in the EVSC, serving as executive director of student and personnel services and director of the School Community Council. During his 35-year tenure with the EVSC, Fritz mentored thousands of students as a teacher and coach.

While working and raising his family, Fritz was a multi-year summer director at Camp Carson. He also is currently a member of the YMCA board of directors, serves on YMCA national committees, is a member of the Youth First Board of Directors and is president-elect of the Evansville Retired Teachers Association. Through his involvement with Youth First, the EVSC and parochial school systems have placed social workers in schools, leaving a positive impact on hundreds of students every day.

Ronald E. Glass is an Emmy-nominated actor best known for his portrayal of Detective Harris on the long-running television series, Barney Miller. He also starred in the science fiction series, Firefly, and its sequel film, Serenity, and won the Hollywood-Beverly Hills NAACP Theatre Award for his performance in Speed of Darkness. Glass served as chairman of the board of the AI Wooten, Jr. Heritage Center, a Los Angeles based organization dedicated to empowering the growth of young people in the community in crisis.

A native of Evansville, Glass attended elementary school with the EVSC and graduated from the University of Evansville with a double major in drama and literature. He was chairman of the national capital campaign for the Evansville African American Museum and received the key to the City of Evansville for his extensive community involvement efforts.

In 1980, he was awarded the University of Evansville’s Medal of Honor and was most recently given the 2008 Distinguished Alumnus Award by the UE Alumni Association. Glass passed away at the age of 71 in 2016.

Mabel Lene Hamman graduated from Baylor University and received a master’s degree in Spanish at the University of Texas. Ms. Hamman taught in Rockdale and Iraan, Texas before her tenure in the Evansville Vanderburgh School Corporation (EVSC), where she taught for more than 20 years. During her teaching career in Evansville, Ms. Hamman served as the director of educational public television and taught the on-air Spanish course. After teaching, Ms. Hamman became a licensed agent for Culley Real Estate and served as an ESL (English as a Second Language) program instructor at the University of Evansville until 1998. Students of all ages benefitted from Ms. Hamman’s private tutoring in English and Spanish.

In addition to supporting students at the University of Evansville and Purdue, Mrs. Hamman was an avid supporter of students in the EVSC. The Cecil A. and Mabel Lene Hamman Foundation created one of the largest student support funds of the EVSC Foundation to date, starting in 2012 with $50,000 to support all schools of the EVSC. The Hammans created the fund to support students in need of financial assistance. Mrs. Hamman passed away in 1987 at the age of 99.

Dr. Michael Hoover is a native of Evansville who graduated from Bosse High School in 1965.  A fourth generation physician, he has practiced surgery in Evansville for more than forty years.  After graduating from Vanderbilt University, he received his medical degree from the Emory University School of Medicine.  He has served on the Youth First board and the board of Health Care Excel, a medical review company. He also has been active with the Keep Bosse First program, and a member of the Indiana Governor’s Commission on Aging.  He is a past chairman of the board of directors of Deaconess Medical System, and a past president of the Indiana State Medical Association. He currently serves as an Indiana delegate to the American Medical Association.

Dr. Maria Del Rio Hoover joined St Mary’s Hospital (now St. Vincent Evansville) after finishing a neonatology fellowship at the University of Miami, Jackson Memorial Hospital. She became the medical director of St Vincent Center for Children in 2014 after spending more than 25 years in the practice of neonatology.  As medical director of the Center for Children, Del Rio Hoover oversees outpatient services for children, including a behavioral health program, a feeding program and a pediatric subspecialty clinic. She also is the medical director of the Pediatrics Service Line for St. Vincent Southern. She co-chairs, with Dr. John Ellis, the Perinatal Substance Use Task Force of the Indiana Perinatal Quality Improvement Collaborative. Del Rio Hoover is a member of the Vanderburgh County Board of Health and the Commission on Legislation of the Indiana State Medical Association. She has been the recipient of several awards including the Torchbearer Award, the Stewart of St. Vincent de Paul Award, the Rotary Club of Evansville Civic Award and Ascension Health’s Living the Mission and Values Award.  Throughout her career she has served on multiple state and local boards, committees and commissions, all focused on improving the health and wellbeing of women and children in Indiana.

Drs. Michael and Maria Del Rio Hoover have been married for twenty-two years. They have three children and six grandchildren.

Walter McCarty, a Harrison High School alumnus and basketball standout, graduated from the University of Kentucky where he played a pivotal role in the 1996 national championship team. Upon his graduation from UK, McCarty was selected by the New York Knicks as the 19th pick in the 1996 NBA draft.  In a professional career that spanned 10 seasons, McCarty spent time with the Knicks, Celtics, Phoenix Suns and Los Angeles Clippers.

Because of his commitment to the community, McCarty earned the NBA Hometown Hero of the month in 2001 while with the Celtics. In 2002, McCarty founded the I Love Music Foundation that promotes positive aspects of music. Along with Old National Bank, McCarty also founded the Walter McCarty Leadership Academy that provides life and leadership lessons to children in our community.

Susan McDowell Riley graduated from North High School and earned degrees from Indiana University, University of Evansville, and Ball State University.  She was employed by the Evansville Vanderburgh School Corporation for 44 years, serving in the roles of special education teacher, school psychologist, director of psychological services, assistant superintendent and deputy superintendent of performance, assessment and research. Under her direction, the district’s first data warehouse was developed and a culture of continuous improvement through research and data-based decision making was fostered. McDowell-Riley has served in leadership roles on various community boards including EARC, Southwestern Behavioral Healthcare and Friends of Mental Health.

Dr. Nussmeier graduated from Harrison High School before starting a career in the medical field. Nussmeier serves as a physician editor at UpToDate™ and is a member of the Department of Anesthesia, Critical Care and Pain Medicine at Massachusetts General Hospital in Boston, MA. She has previously held positions as professor and chair of the Department of Anesthesiology at SUNY Upstate Medical University from 2006-2011 and director of Cardiovascular Anesthesia Research at the Texas Heart Institute in Houston from 1999-2006. Prior to that, she served on the faculty at the University of California San Francisco.

Dr. Nussmeier has held several national positions, including service on the board of directors of the Society of Cardiovascular Anesthesiologists (SCA), the American Heart Association CVSA Leadership Council, the FDA Anesthetic and Life Support Drugs Advisory Committee, and Chair of the American Society of Anesthesiologists Educational Track for Cardiac Anesthesia. Over the years, Dr. Nussmeier’s research has been widely published in peer-reviewed scientific journals, and she has served on several editorial boards and contributed to a dozen medical textbooks.

Ken Wempe is an Evansville native who attended Memorial High School and Evansville College (UE). Wempe holds a Bachelor of Arts and Master of Arts in Administration Professional Endorsement. He began his career in the EVSC in 1966 as an educator at Glenwood Elementary. He went on to serve as principal at Harper Elementary (‘83 – ’85), Oak Hill Middle School (‘85 -’11), and North Jr. High (‘11 – ’12). Wempe also coached basketball, baseball, and golf at Glenwood, Central, and North (respectively). Ken has served as president for Downtown Kiwanis, Phi Delta Kappa, Southwest Council of Mathematics, and Association of School Administrators. He also has served as chairman of the board of directors for Evansville Teachers Federal Credit Union. Wempe stays active supporting Evansville’s youth and K-12 education by serving as a volunteer driver for “Hangers” (the EVSC student clothing resource), and by serving on the Hangers Advisory Committee.

Brian P. Williams, a North High School alum, earned his bachelor’s degree in economics from Indiana University and his juris doctor from the Indiana University Maurer School of Law. After a federal clerkship, Mr. Williams has served as a business and trial lawyer at Kahn, Dees, Donovan & Kahn, LLP, since 1983, where he is currently a managing partner. He is an advocate in the courtroom and for businesses locating in southwestern Indiana. He has successfully represented clients in courts up to and including the U.S. Supreme Court.

Mr. Williams has been recognized as a Distinguished Barrister by The Indiana Lawyer, rated AV Preeminent® by Martindale-Hubbell®, selected to The Best Lawyers in America© for Economic Development Law, selected as a Super Lawyer by Indiana Super Lawyers®, and received the Evansville Bar Association’s James B. Gresham Freedom Award. Civically, he has received honors including the IU Alumni Association President’s Award, IU School of Law Distinguished Service Award, Rotary Club of Evansville Civic Award, and United Way of Southwestern Indiana Volunteer of the Year Award. 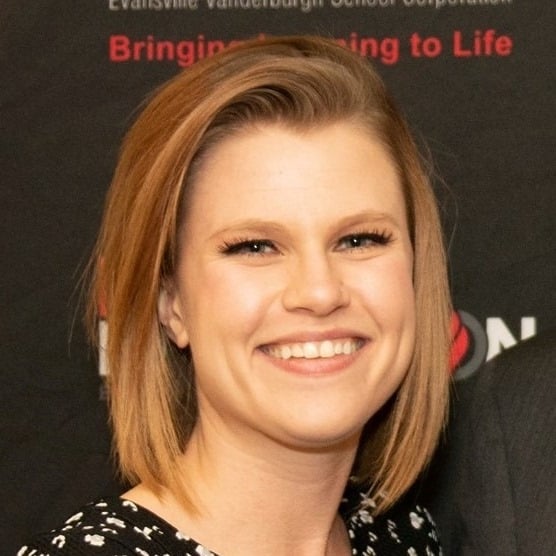